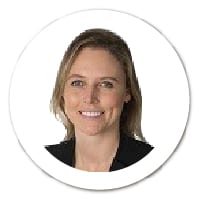 Carla Liedtke is a director based in Control Risks’ Sydney office. Carla works with clients in a variety of sectors including financial services, education, infrastructure, transport and logistics to advise them on a range of investigative, compliance, political risk analysis, and crisis and security projects. She also leads all work with Control Risks’ clients in Australia and New Zealand in the area of cyber security advisory.

Carla worked for many years assisting clients in the area of areas of compliance, forensics and intelligence. She assisted clients to gather business intelligence on business partners, counterparties and employees; and to develop and implement robust compliance programmes.

Prior to joining Control Risks, Carla worked as an intelligence analyst for the New South Wales Crime Commission, working on criminal investigations. She conducted extensive work in the areas of firearms-related crime, ethnic gangs, the manufacture and distribution of illicit drugs, money laundering and unsolved murder investigations.

In the first keynote of the day, Carla will provide an incisive assessment of the top five global geopolitical risks that will impact on New Zealand businesses in 2019. Carla will also examine the global terrorism threat environment, including the rise of right-wing extremism in western countries, the evolving tactics and targets of the perpetrators, and what your organisation can do to mitigate threat to your people and assets. 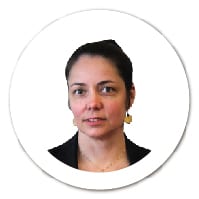 Catriona holds a Master of Arts and a Master of Public Management, both from Victoria University of Wellington.  She spent a year at the University of Tübingen in Germany in 1996-97 as the recipient of a post-graduate scholarship from the German Government’s DAAD programme.

In the second keynote of the day, Catriona will outline New Zealand’s approach to national security, the structure of the national security system to support a risk-based approach to a secure and resilient New Zealand and the role of DPMC and the National Security Group in leading, coordinating and stewarding the system to ensure effective governance of risk and response to emerging issues of national significance. 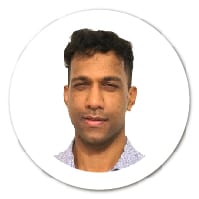 Del Rajan is a PhD candidate at the Victoria University of Wellington. His research focuses on quantum information science and its quantum technology applications. His work includes co-designing the first quantum blockchain which is one of the first temporal based quantum technologies; this work was featured in publications such as Forbes, IEEE Spectrum, and MIT Technology Review. Prior to his doctoral studies, he worked in the software industry for a number of years including at Microsoft as well as in various start-ups. He holds undergraduate qualifications in physics and mathematics.

In 2019 the World Economic Forum identified cyber attacks as one of the greatest global risks. During recent years there has been surge of interest in quantum technologies such as quantum computers. This is primarily driven by the discovery that a large scale quantum computer would be able to break the digital security infrastructure we have in place today. In the global context, countries such as the US, UK, China, Canada, and Australia, are establishing quantum technology hubs with investments ranging into the billions. In addition to that, there has been a strong effort by established companies such as IBM and Google to develop quantum computing systems. This presentation will provide a high-level overview of this rapidly growing field, its threat to the current cyber-security infrastructure, and the various mitigation strategies that are being developed globally. 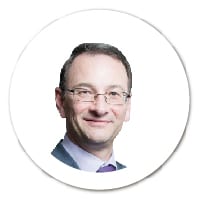 Peter Mersi was appointed as Secretary for Transport and Chief Executive of the Ministry of Transport in July 2016.

Peter was the Chief Executive of Land Information New Zealand for four years prior to this role and has spent the majority of his career in the Public Service. Peter has held senior leadership roles in Inland Revenue, the Treasury and the Department of Internal Affairs.

The transport sector is going through a period of rapid technological change. New technologies and business models such as shared bikes and scooters, ride-hailing, autonomous vehicles and unmanned aircraft provide new opportunities to improve access, enhance safety, and reduce the environmental impact of the transport system. However, these technologies also present new risks and challenge our traditional regulatory models.

In his presentation, Peter will discuss some of the opportunities and challenges of new and emerging transport technologies. 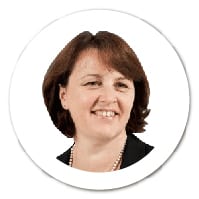 Liesbet Spanjaard is a partner in Financial Advisory, based in the Deloitte Sydney office.

She is a transport and freight specialist and experienced senior executive with more than 25 years’ experience in rail, road and transport infrastructure planning in both Australia and New Zealand. Liesbet and her team focus on providing advice on policy and strategic direction, infrastructure planning, market analysis and commercial freight operations across the public and private sector.

In Lesbet’s session, she will talk about the City Mobility Index 2019 – gauging New Zealand’s readiness for the future of mobility, what urban mobility looks like globally and where is it going, how global cities are faring with mobility, how prepared NZ cities are, the risks for society and businesses in autonomous mobility and Deloitte’s risk mitigation guidance and suggestions.

Following service in the Royal New Zealand Air Force and periods in the electrical power industry and the Air New Zealand Group, Graeme has led the Civil Aviation Authority and held the role of Director of Civil Aviation since May 2012.

Graeme is currently the Chair of the Asia Pacific Air Navigation Planning and Implementation Regional Group and is an enthusiastic advocate of ICAO’s ‘no State left behind’ initiative. In this regard he has been a strong proponent of New Zealand’s civil aviation capacity building efforts in the Pacific and its proactive engagement on the international stage in support of the economic contribution of civil aviation.

Clayton has recently joined the Zephyr Airworks team in Wellington as the Operational Compliance Lead after spending 3 years at the New Zealand Civil Aviation Authority, his last role there being the Manager Special Flight Operations and Recreational Aviation Unit. This unit is responsible for the regulatory oversight of unmanned aircraft in New Zealand.

Prior to the CAA he had a 22 year career in the Royal New Zealand Air Force as an Avionics Technician and Engineer. He worked on five aircraft types on 4 operational squadrons, taught avionics theory and maintenance practices at the RNZAF trade training school and had operational deployments to Timor Leste and Antarctica.

Clayton will be talking about the regulatory challenges of an emerging urban air mobility industry and realising the full potential of unmanned aircraft through risk based regulations. 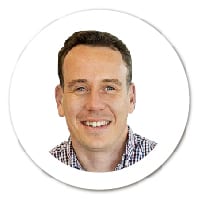 Matt has a doctorate in systems thinking, specialising in delivering beneficial change in complex systems, and 15 years’ experience in the UK across a range of public, private and third sector organisations.

He was brought here to New Zealand for the role of Head of Innovation at Auckland Council to help the city benefit from innovation and technology in its ambition to make Auckland the most liveable city in the world. Matt’s remit and portfolio covers a broad range of topics including the smart city, the future of food and farms in Auckland, and a globally leading drones programme.

Auckland Council have entered into a formal partnership with Airways to develop and deliver a drones programme that aims to get ahead of a potential disaster of a drone hitting an aeroplane, helicopter or motor vehicle. The programme takes a strong precautionary principle but one developed through collaborative working with the technologies, its vendors and operators to better inform the risk and mitigations to enable safe, commercially viable drone operations in Auckland.

This presentation will introduce the programme, the use cases that are being trialled to gain evidence to inform policy and regulations, and showcase the progress that has been achieved to date and has led to this programme being considered global leading by air traffic controllers.

Geraint has a passion for managing risk and safety in aviation and other high-risk environments and in particular the practical application of theory. This is reflected in his career that has spanned a wide range of safety critical fields from airline to nuclear submarine operations, and his active involvement in risk related standards development.

As a consultant specialising in risk management Geraint has advised a wide range organisations on safety and risk methodologies.

He will today describe some of the approaches developed and how they are being applied to the development of a safety case and airspace collision models for unmanned aircraft operations.

As Deputy Director, General Aviation within the Civil Aviation Authority, Steve is responsible for the regulatory oversight of helicopters, agricultural aviation, adventure aviation, sport and recreational aviation, and unmanned aircraft. Prior to his current appointment he enjoyed a career in the RNZAF.

He is a qualified flying instructor and graduate test pilot. Senior appointments included Deputy Chief of Air Force and Air Component Commander within Joint Force Headquarters where he was responsible for all Defence flying operations. He flew on operations in the Middle East and Antarctica, and served as commander of the provincial reconstruction team in Bamiyan Province, Afghanistan.

Richard is the manager of the Ministry’s Strategic Policy & Innovation team. His team is responsible for the Ministry’s technology and innovation work programme, which includes identifying and addressing the policy and regulatory implications of new transport technologies including connected and autonomous vehicles, and unmanned aerial vehicles.

Michael Cameron is a lawyer with over 20 years experience working in law and policy in both the public and private sectors. His specialist area is law reform, and over the course of his career in New Zealand and the United Kingdom, he has tackled many different topics, including justice, environment, property, town and country planning, monopoly regulation, mining, biosecurity, public health and human rights.

In 2016 he became concerned that New Zealand could be doing more to ensure its law was in good shape to realise the full potential of driverless vehicles, and that action was required if the country was not to miss important opportunities. Hoping to play a part in addressing this, he applied for and won New Zealand’s most prestigious legal scholarship (the Law Foundation’s International Research Fellowship) and took a sabbatical to travel around the world carrying out research and developing recommendations for the necessary reform.

He published his book with its recommendations in 2017, and has spoken extensively at conferences and in the media about driverless vehicles, including appearances on national TV and radio, websites, and print.

SAI Global helps organisations proactively manage risk to create trust and achieve business excellence, growth, and sustainability. Our integrated risk management solutions are a combination of leading capabilities, services and advisory offerings that operate across the entire risk lifecycle allowing businesses to focus elsewhere. Together, these tools and knowledge enable clients to develop a holistic, integrated view of risk.

We have global reach with locations across Asia, Australia, New Zealand, Europe, the Middle East, Africa and the Americas.

JLT is one of the world’s largest providers of insurance and employee benefits related advice, brokerage and associated services. Our client proposition is built upon our deep specialist knowledge, client advocacy, tailored advice and service excellence. Together, we place our clients first, champion independent thinking and expect to be judged on the results we deliver.

JLT operates in 40 territories supported by the JLT International Network to offer risk management and employee benefit solutions in 135 countries.