How do we take what we’ve experienced, acknowledge what’s changed, and move into 2021 and beyond?

RiskNZ are excited to bring you some fantastic speakers and panelists.

We are currently in the process of finalising more so this information will be added to and updated regularly. 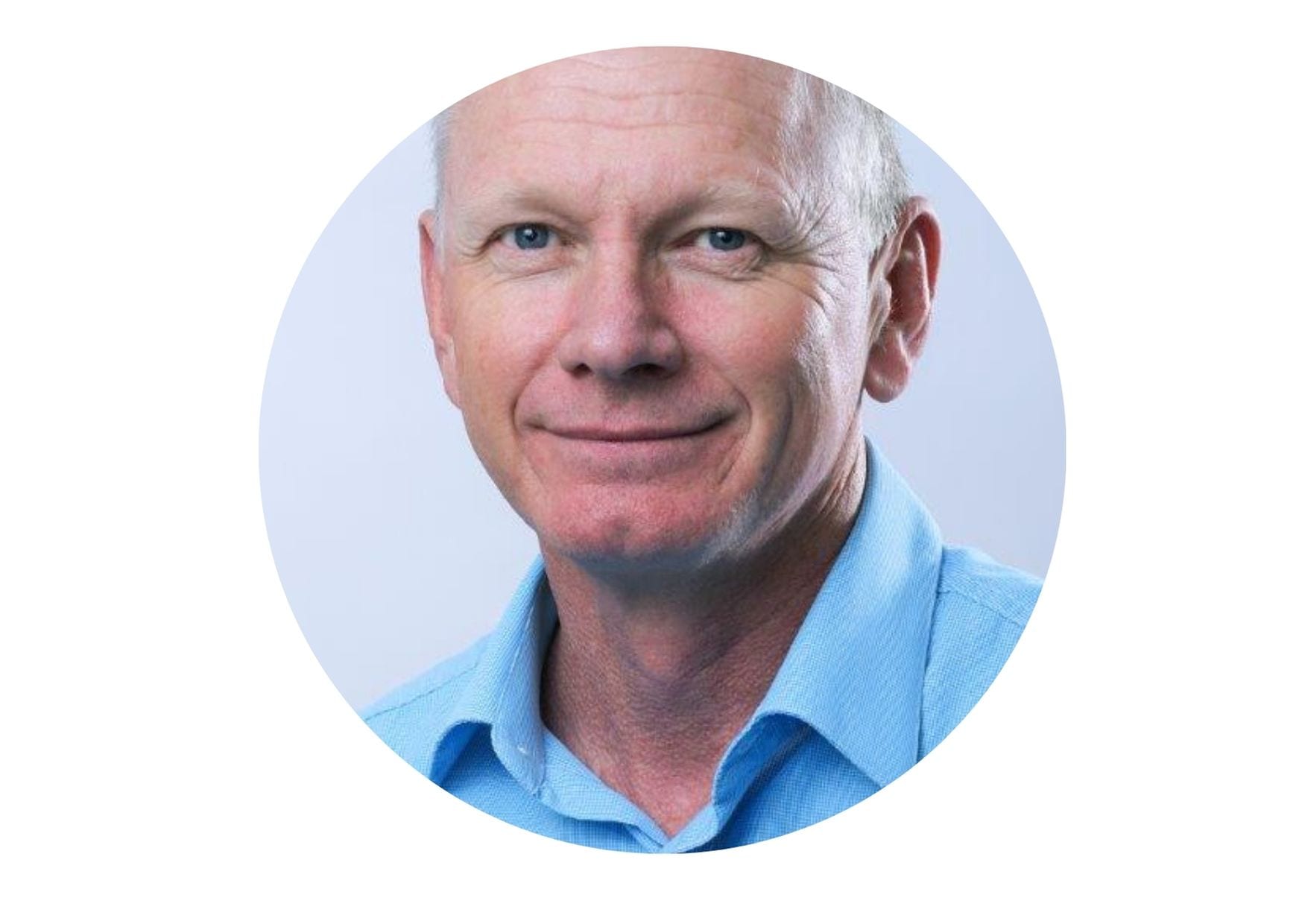 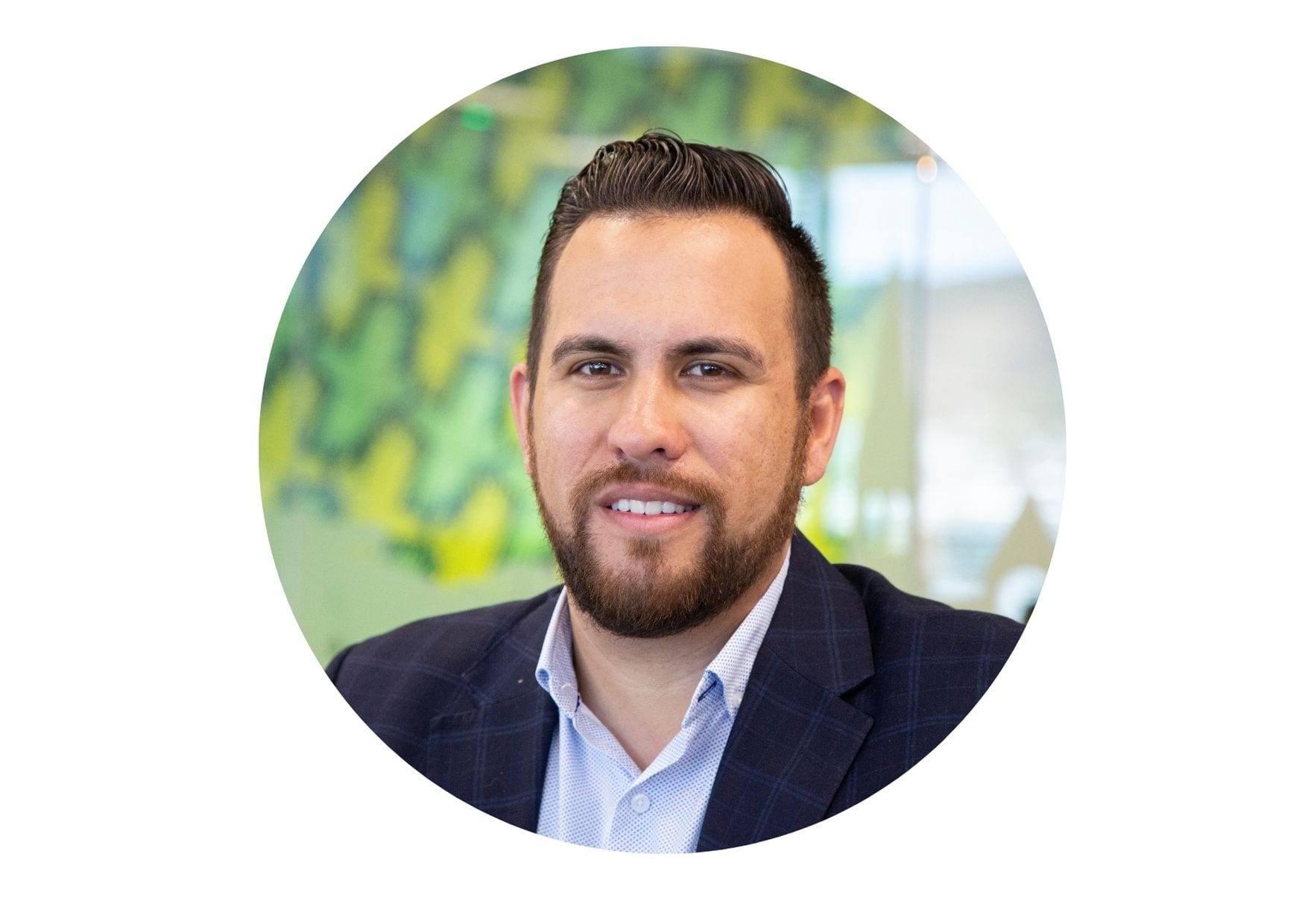 Teahooterangi Pihama is of Te Ātiawa, Ngā Māhanga-a-Tairi, Waikato and Ngāti Maru decent. He was raised by two mums, and with his siblings, was the first generation of his whānau to attend Kura Kaupapa Māori under Te Aho Matua.

Always fascinated by the power and potential of money, it is no surprise Pihama became interested in banking. His early career progress was stalled by racism. When applying for entry level banking roles – with a good CV detailing a history in insurance, sales and customer service – he found he wasn’t getting any interviews. He believes his long Māori name meant he was overlooked by recruiters who had a predetermined idea about Māori. He realised that if he was going to succeed in the industry, he needed to put himself in front of the people who were making decisions and demand he be given an opportunity.

Now, Pihama welcomes the chance to change the way the banking sector understands te ao Māori. At Kiwibank while in the role of business banker he co-established and chair of Te Uepū Māori o Kiwibank, a voluntary workforce with the goal of sustainably normalising te reo Māori me ōna tikanga within the organisation. He now holds the position of Head of Māori Advisory at Kiwibank. His personal goals include increasing the number of Māori working in the financial industry, supporting the continued growth of the Māori economy, growing the financial capability of Māori and continue the normalisation of te reo Māori me ōna tikanga in the banking sector. 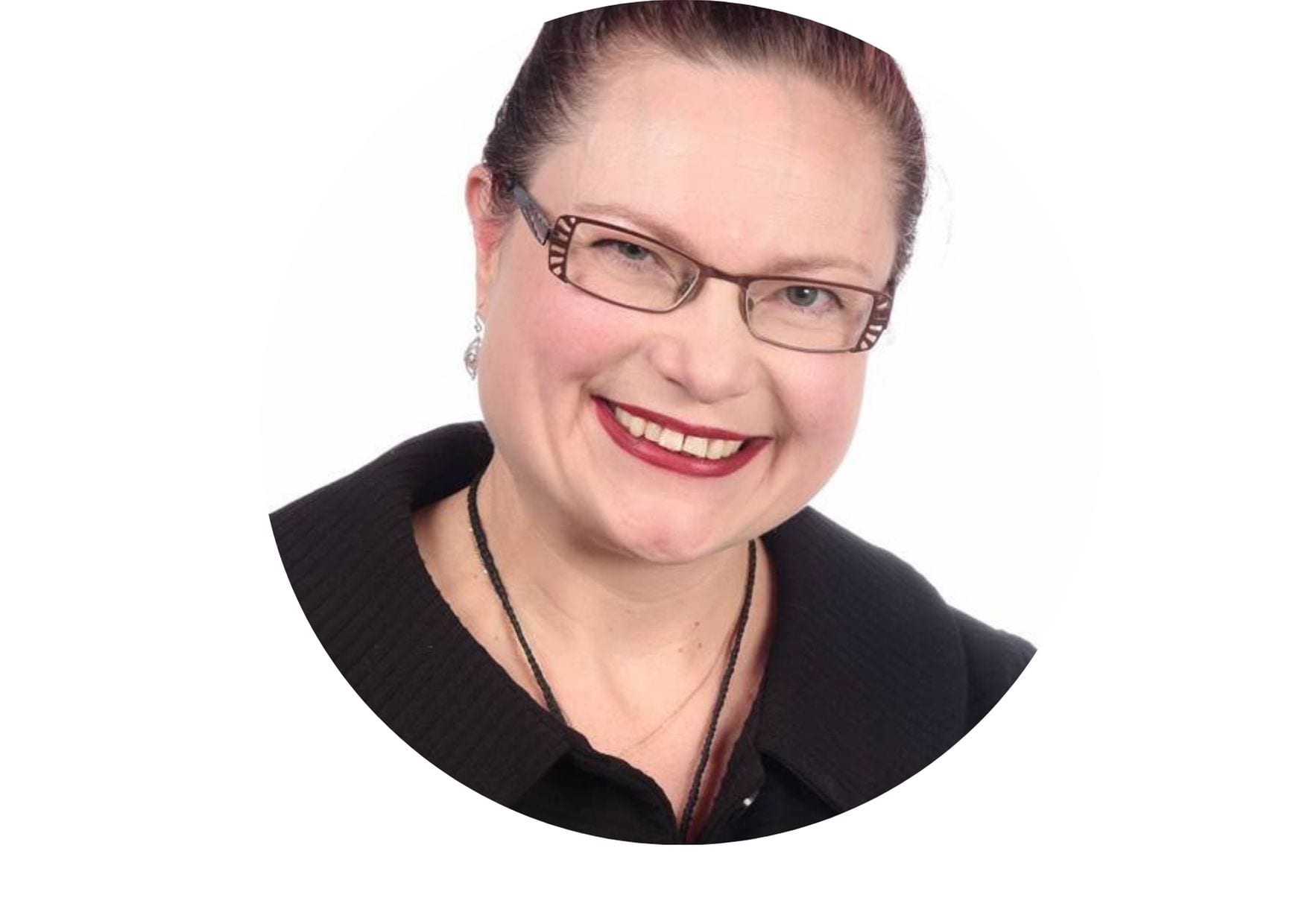 Victoria has governance and risk management experience in both te ao Pākehā and te ao Māori environments. Passionate advocate for Māori economic development as a mana motuhake and hauora lever for whānau, hapū and iwi.

She has served in leadership roles in financial services, professional services and in the government sector. She helps people, teams and entities realise their potential by leading step changes in performance in a manner that promotes mana. 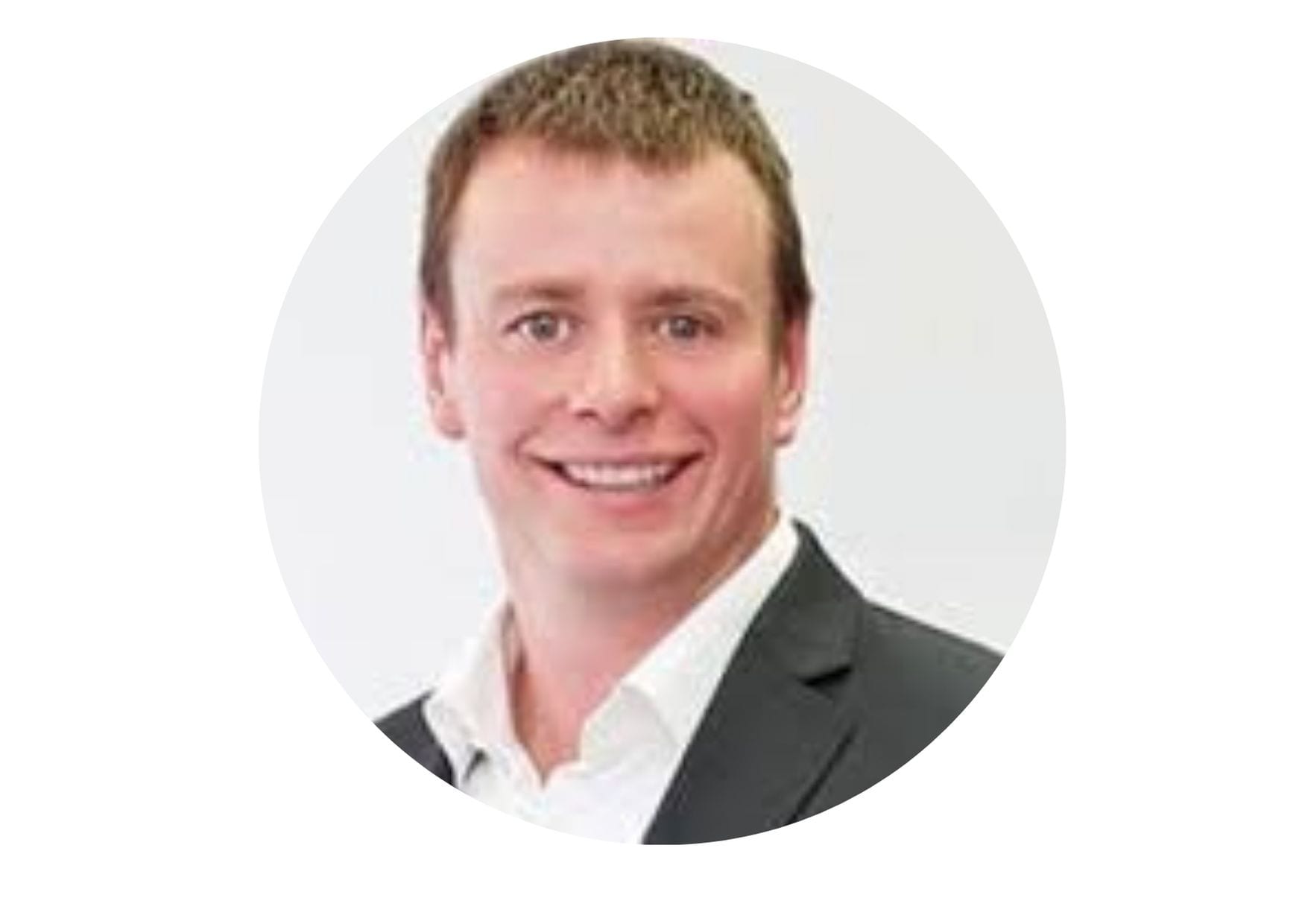 Steve started Cornwall Strategic in response to the gap between traditional management thinking and how organisations functioned in the real world. His background in bomb disposal in the New Zealand Army gives him a deep understanding and appreciation for good decision making under the conditions of stress and uncertainty. After leaving the Army, Steve honed his strategy skills in the UK where he worked in the commercialisation of renewable energy and IT companies.

Steve is an active member of the Cognitive Edge global network and participates in the development of tools and techniques that are at the forefront of modern strategic thinking and risk management. Steve is a qualified facilitator for the Cynefin Foundations course, an internationally recognised program for using complexity for strategic advance.

Steve is a sought-after speaker, facilitator and advisor on strategy. He specialises in the application of authentic tools and techniques for organisations dealing with fast changing, uncertain and complex issues. 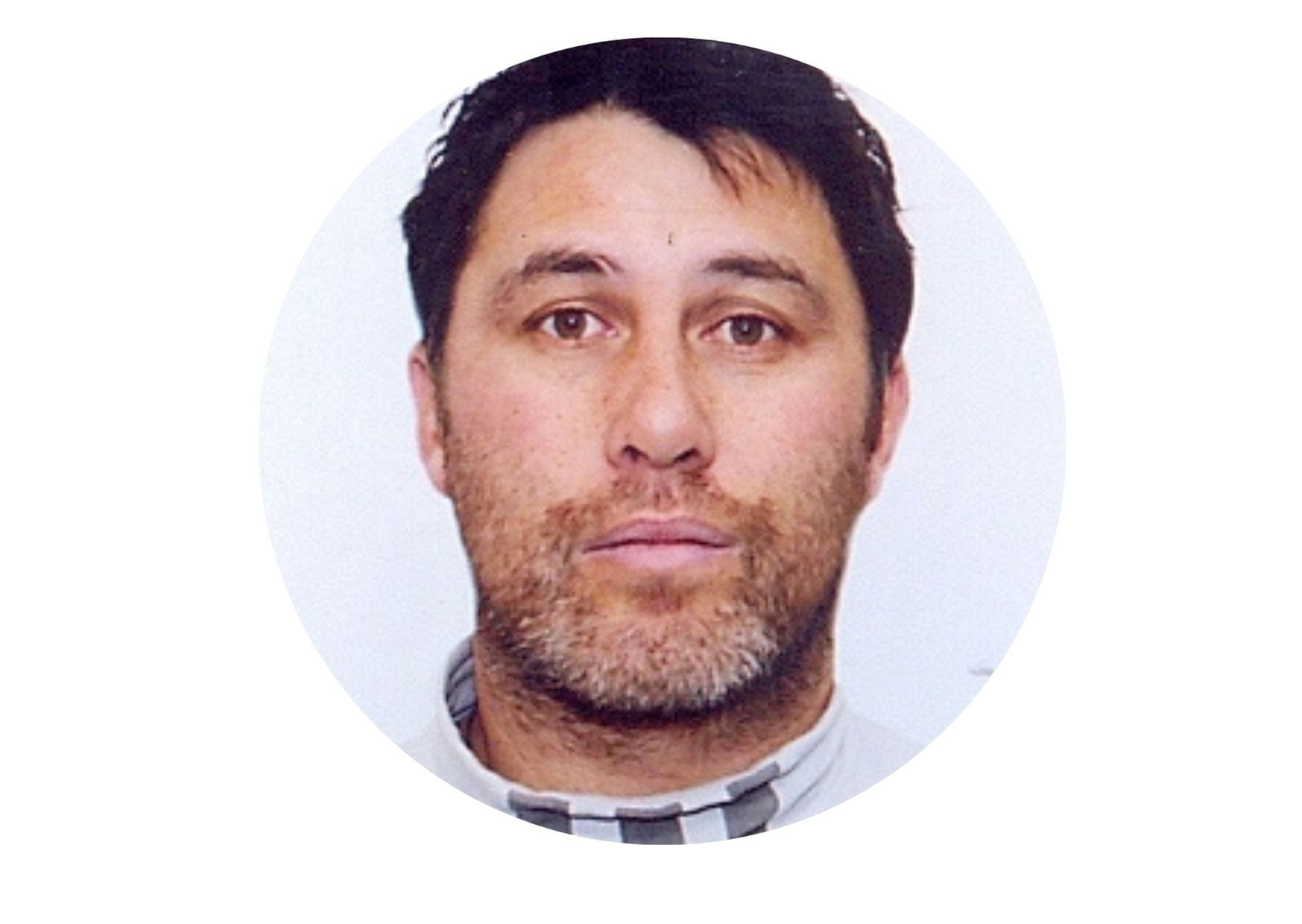 Chris spent a number of years in the military with a strong focus on Counter Terrorism, Human Tracking and Mountaineering with the New Zealand Special Forces.

Chris received the Iraq Reconstruction Service Medal for services to the British Foreign Office and the Multi- National Forces Iraq (MNFI) and studied toward a Masters in Science with a specific focus on Risk management; Loughborough University, United Kingdom. He is a Life Member of the New Zealand Special Air Services (SAS) Association, Member of the Institute of Directors, ASIS International (NZ Chapter), New Zealand Security Association, RiskNZ, Security Industry Association (UK) and the co-founder of the NZ Security Sector Network 2019. 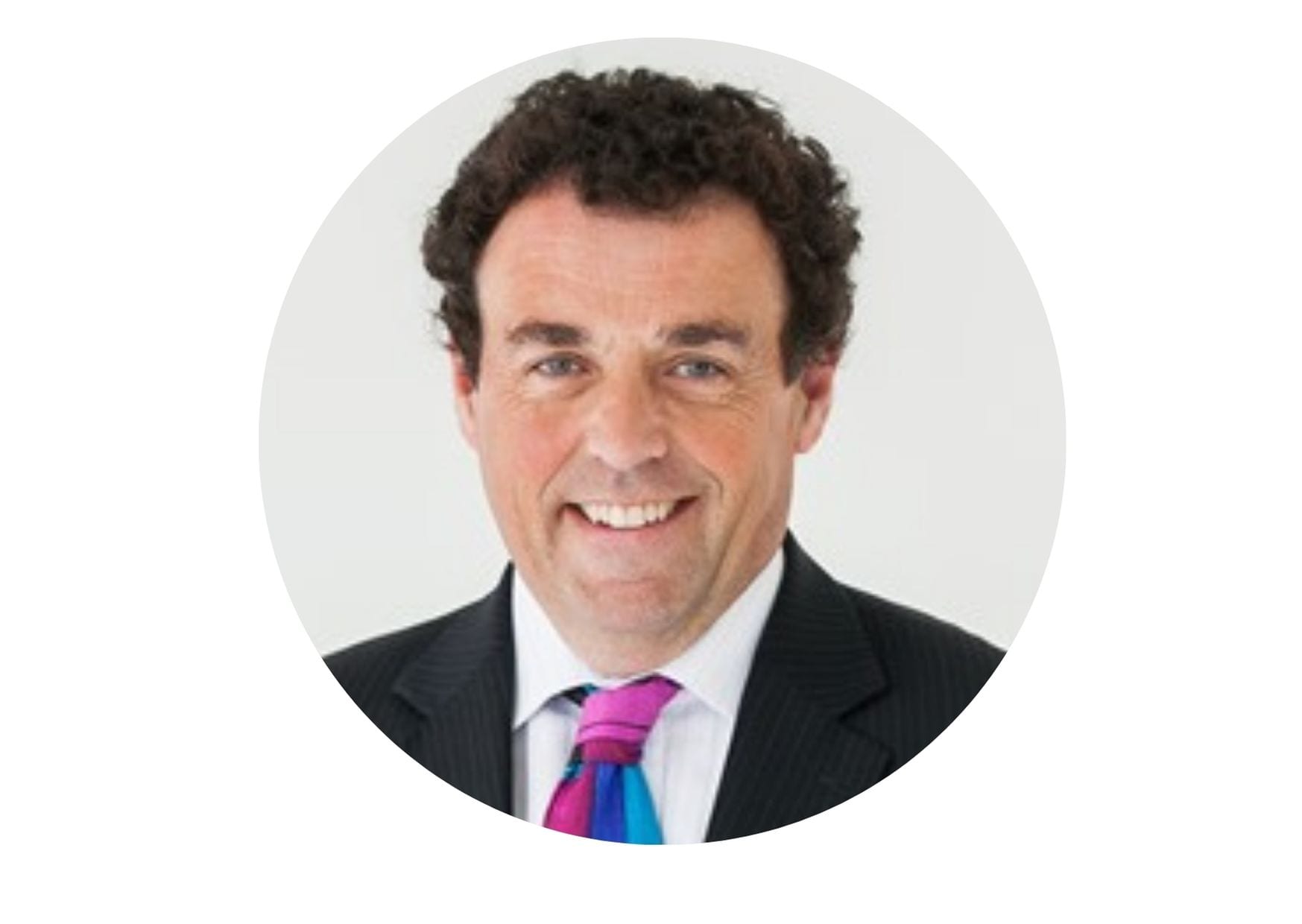 Tony Yuile is a certified life coach, clinical hypnotherapist, and the author of 7 Ways to Reduce Anxiety in 7 Minutes or Less. He is a coach and instructor with YourlifeLiveit an international coaching and training company. Tony is passionate about helping people develop the life skills they need to minimise the stress and anxiety in their lives and enhance their resilience.

Prior to becoming a life coach, Tony spent 30 years in senior financial and risk management roles across the private and public sectors. He was secure and happy in his career until thrown a curve ball – redundancy, something he was totally unprepared for. Suddenly he found himself in the vicious grip of stress and anxiety. When he finally emerged from beneath the black cloud, he promised himself that he would never feel so dreadful again. He set out to discover as much as he could about stress and anxiety and to share what he learned with others. Based in Wellington, Tony works with clients within New Zealand and globally.

Tony served on the RiskNZ board for seven years and, as was the organisation’s Treasurer for 11 years. He is a life member. 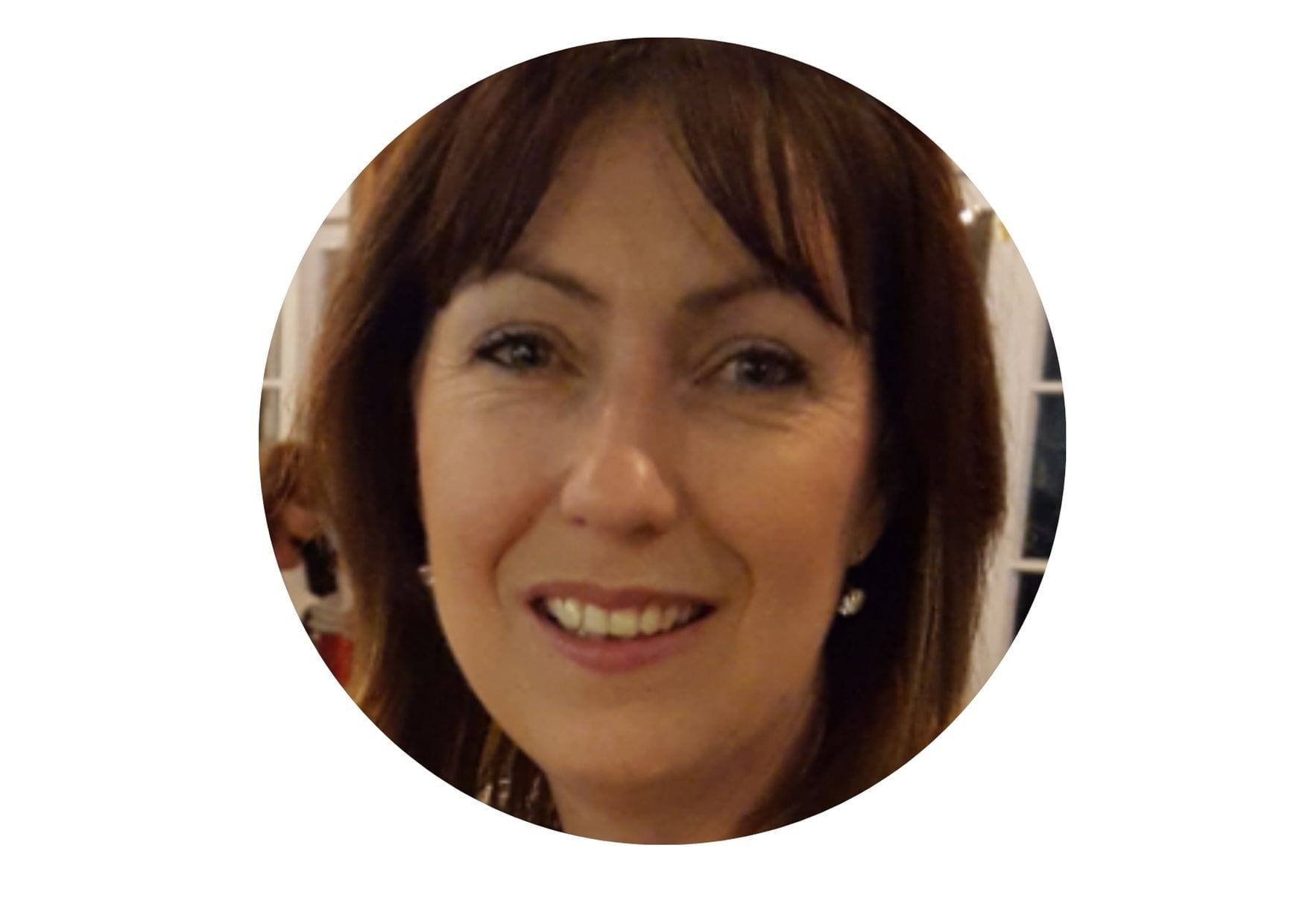 Shelly has worked for Airways for five years as the National Health, Safety &amp; Wellbeing Manager.
Shelly has experience in operational, emergency and management roles across the aviation industry,
as well as residential building and the NZ Police.

Shelly’s motivation to work for Airways was due to their strong reputation for safety and people
focus. This has enabled her to build on the framework of their integrated safety management system
through work on projects which have included; effective contractor management, emergency
management, collaborative PCBU relationships, international travel safety standards, wellbeing and
most recently, managing Airways response to the Covid-19 pandemic.

Shelly has a Bachelor of Health Science with a major in Psychology from Massey University, she is
married with four adult children, lives in Christchurch and enjoys an active lifestyle. 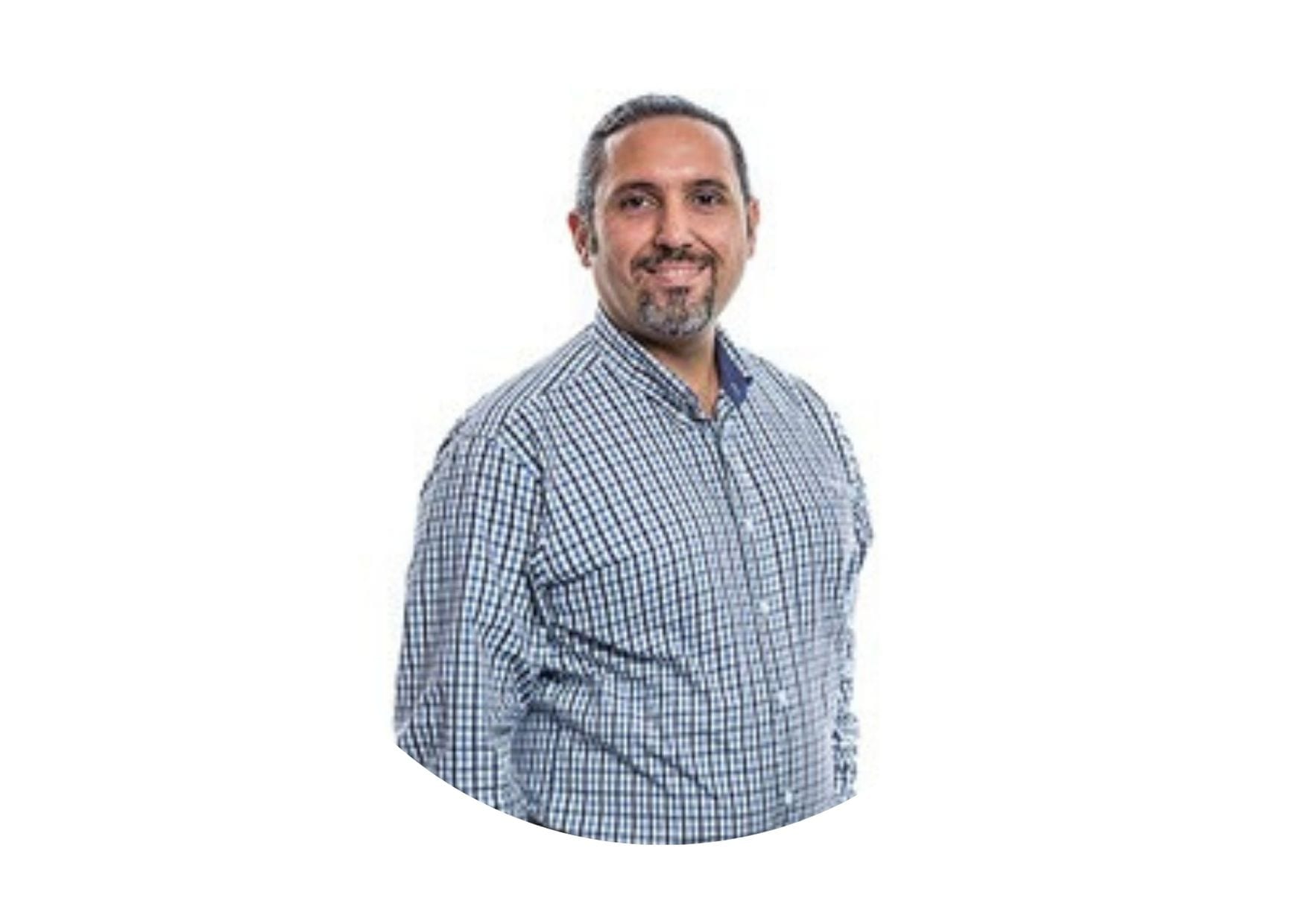 Ahmed ElAshmawy has more than 22 years of experience in the ICT industry, specialising in information security consulting for the past 17 years. He has held security leadership roles in critical national infrastructure organisations and led various industry initiatives. He is an expert in implementing standards-based approaches to information security in a practical manner to ensure they support business’s objectives while complying with internal and external requirements. 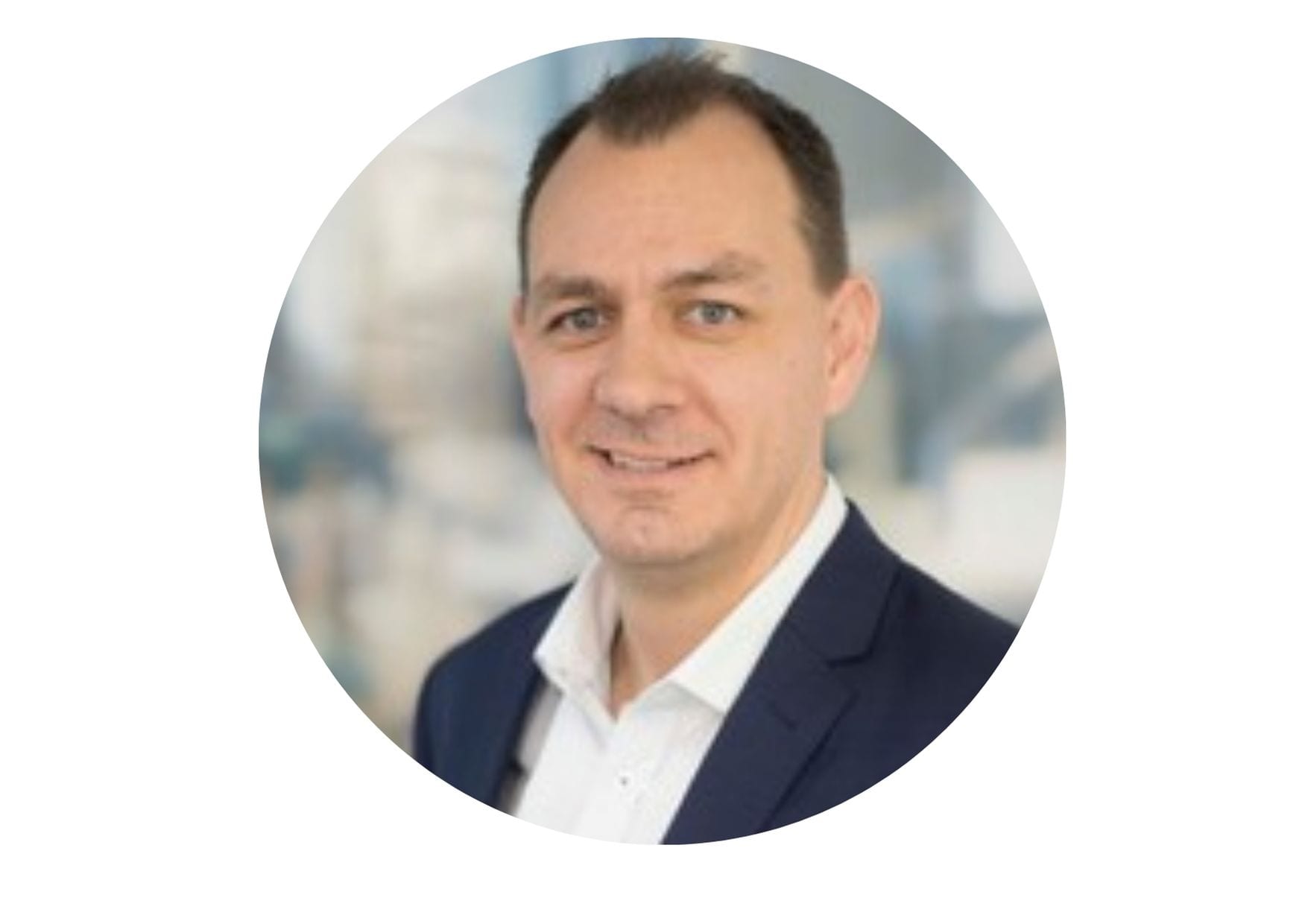 As part of the EHS portfolio at SAI Global, David utilises his EHS practitioner perspective to help drive product innovation, the commercial growth of the portfolio as well as helping to identify the needs of our customers to enable them to achieve operational excellence. David has a first Honours Degree in Environmental Science and PG Cert focused in Occupational Safety and Health from the University of Greenwich. 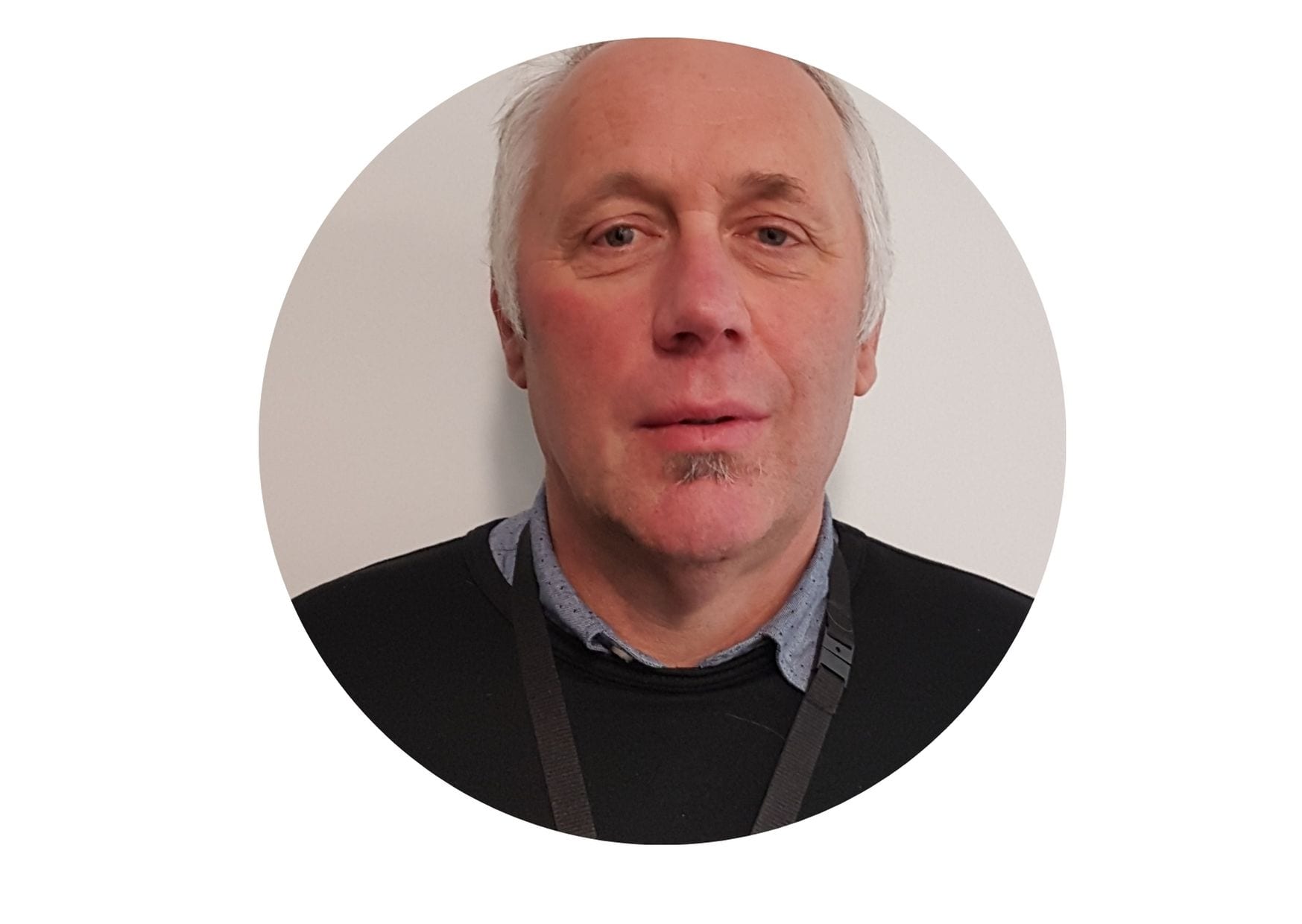 Adrian is the General Manager of the Workplace Branch at the Ministry of Business Innovation and Employment.

Workplace is responsible for the Ministry’s’ property portfolio, the security of its people, assets and information, and emergency management/business continuity. Adrian is one of the Ministry’s default incident controllers and has been the lead on a number of the Ministry’s responses including: Christchurch Mosque shootings, Extinction Rebellion protest, White Island and Covid-19.

Adrian has worked for MBIE since its inception and has a background in corporate and policy roles across a number of government agencies.“ 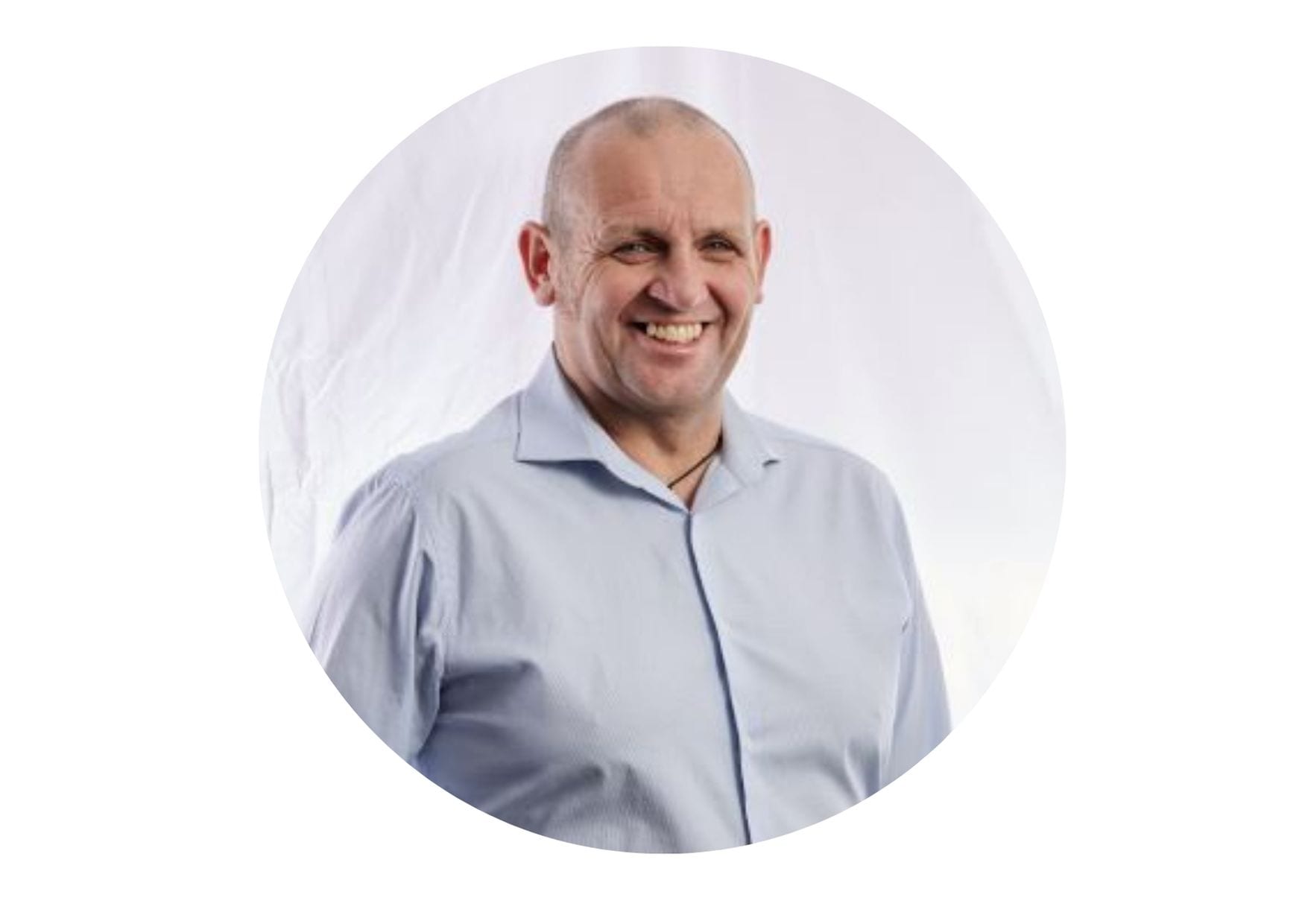 Kyle has worked in cyber security for 24 years in a variety of roles from hands on engineer to leadership positions. He has worked with the PCI DSS standard since 2007; as a merchant working towards compliance, founding a QSA company, working as a QSA for 8 years and now leading Axenic’s PCI practice.

He believes in encouraging sustainable security practice that allow organisations to achieve their business goals while also achieving and maintaining compliance with standards such as the Payment Card Industry Data Security Standard (PCI DSS). 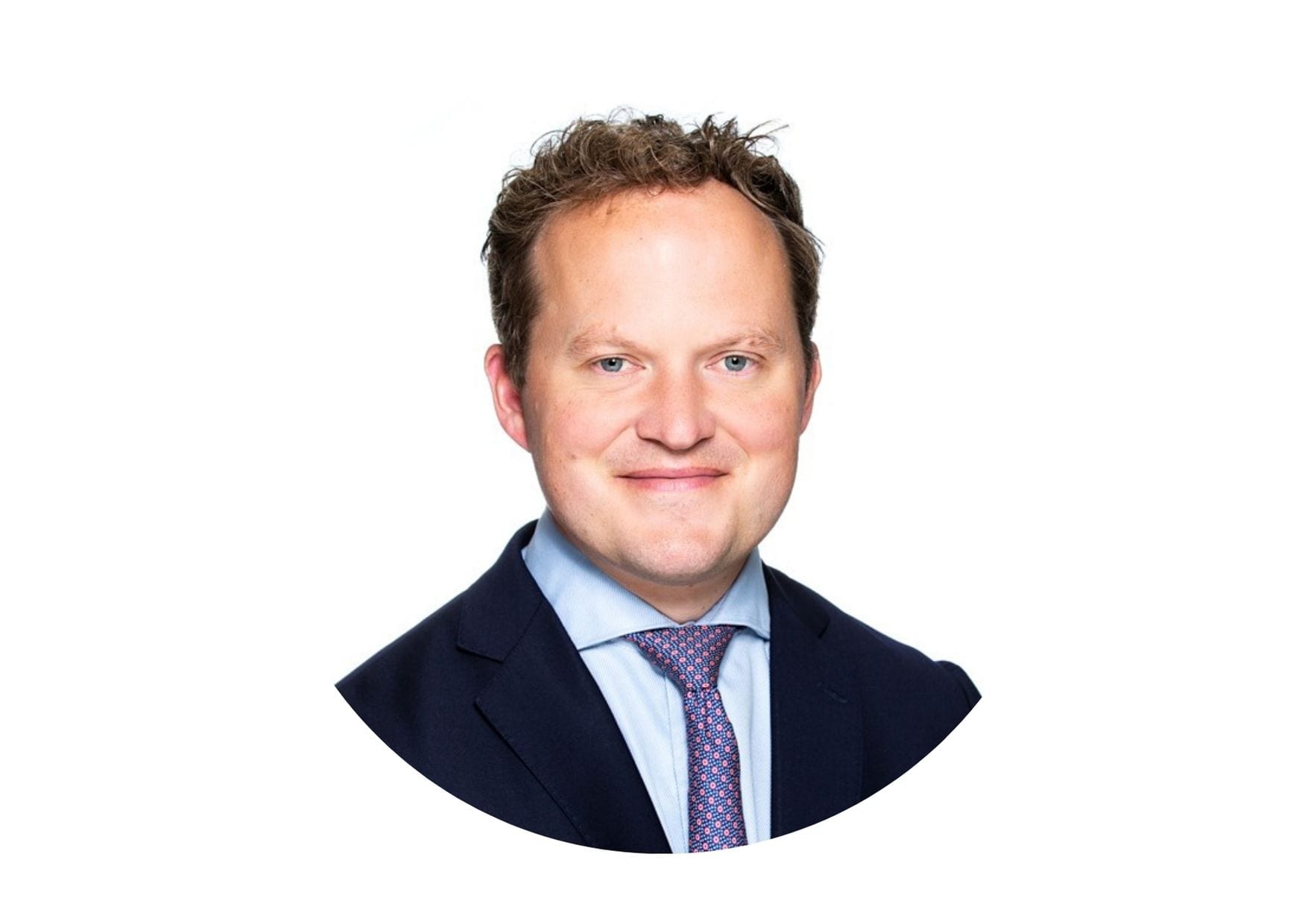 Patrick’s career in risk identification and control spans nearly 20 years across an array of industries from public levels to global multinational entities.

At Marsh, Patrick is responsible for ensuring that clients understand their insurable risk exposure, or in the event of loss, that their interests are represented fairly in the insurance recovery process.

Patrick is passionate about protecting balance sheet risk, and is relied upon by some of Australia and New Zealand’s largest companies for relevant risk management and advice. 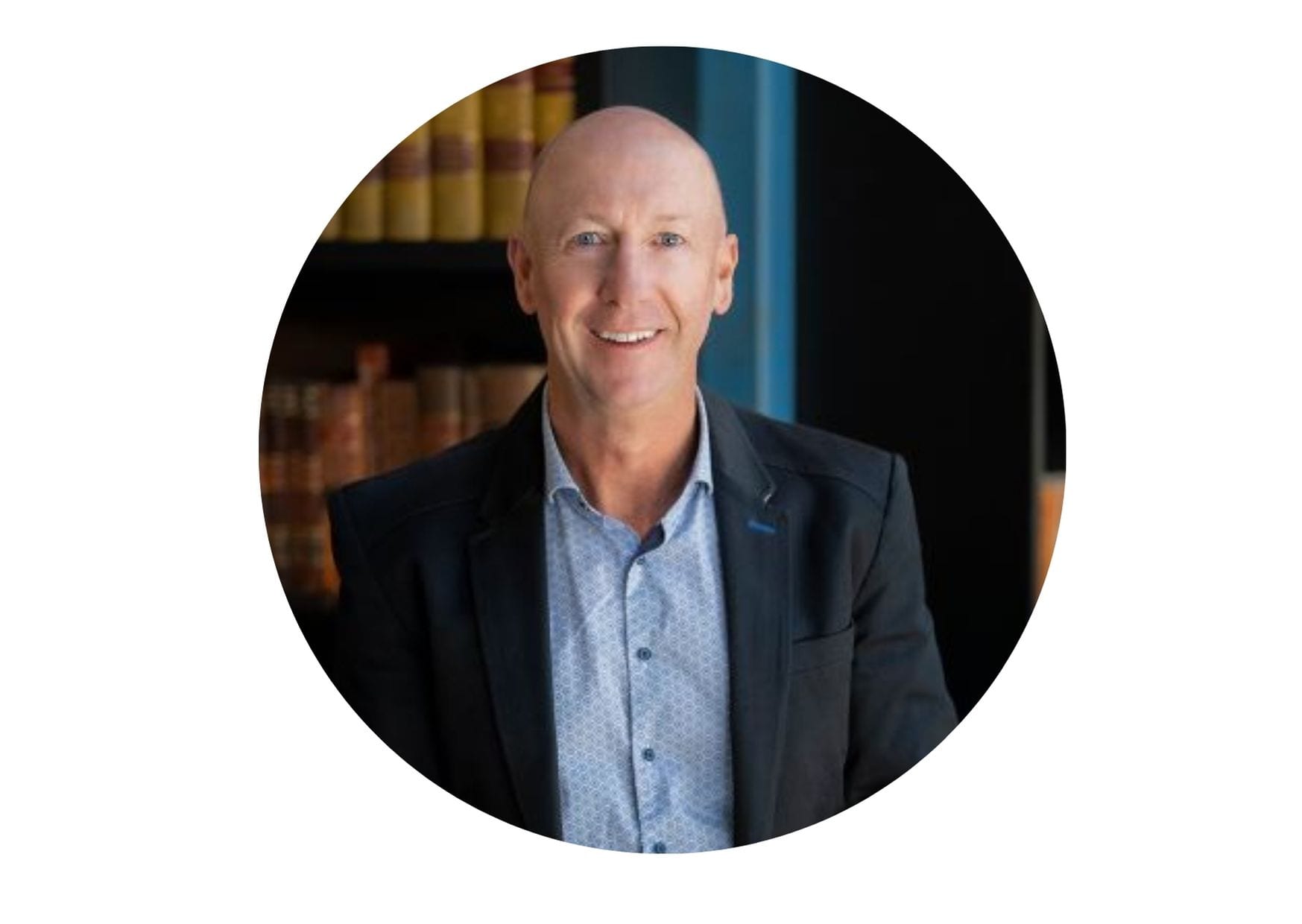 Bryan is a management consultant operating since 2001, specialising in risk-based decision making and influencing decision makers, born from his more than twenty years of facilitating executive and board workshops.

Bryan’s experience as a risk practitioner includes the design and implementation of risk management programs for more than 150 organisations across the public, private and not-for-profit sectors.

Bryan is the author of Risky Business: How Successful Organisations Embrace Uncertainty; Persuasive Advising: How to Turn Red Tape into Blue Ribbon, and Team Think: Unlock the Power of the ‘Collective Mind’ [to be published in 2022]. 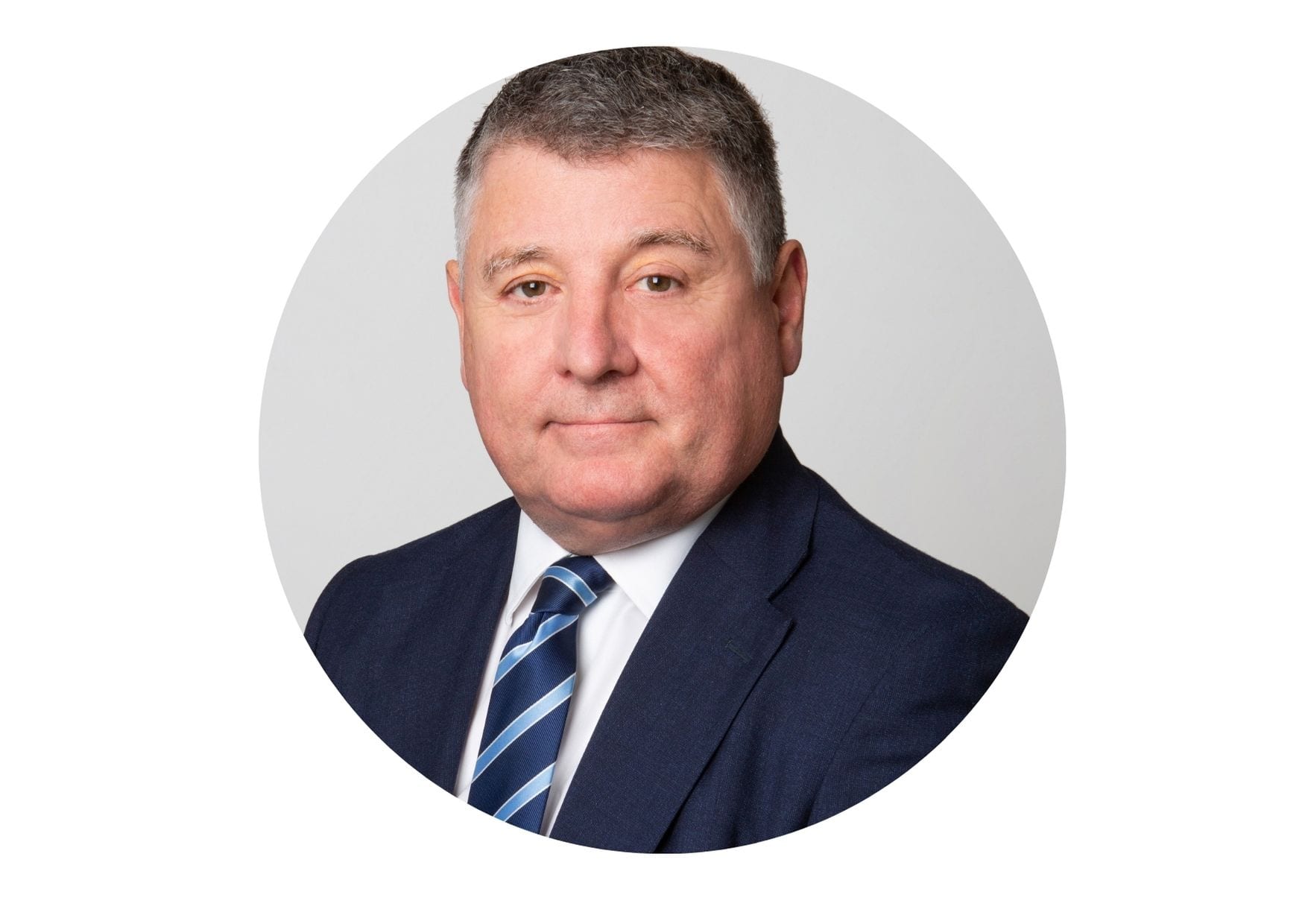 In April 2019, Marsh’s global parent, Marsh &amp; McLennan, acquired the largest UK listed broking firm Jardine Lloyd Thompson (JLT) of which Matthew was the New Zealand Chief Executive for the prior 10 years, assuming his role as Executive chairman following integration. Matthew has over 30 years’ experience in both broking and insurance underwriting in New Zealand and London.

He remains directly involved in the expanded Marsh Public Sector businesses along with a role in major client engagement. The Marsh Public Sector businesses include a significant portfolio of Central and Local Government clients requiring the full suite of risk services. Marsh &amp; McLennan (MMC) is a NYSE listed global professional services firm operating in the areas of risk, strategy and people with revenue of US17b and 75,000 employees.  MMC’s businesses include Marsh, Mercer, Oliver Wyman and reinsurance broker Guy Carpenter.  Marsh is a global leader in insurance broking and risk management solutions and has operated in New Zealand for over 60 years. 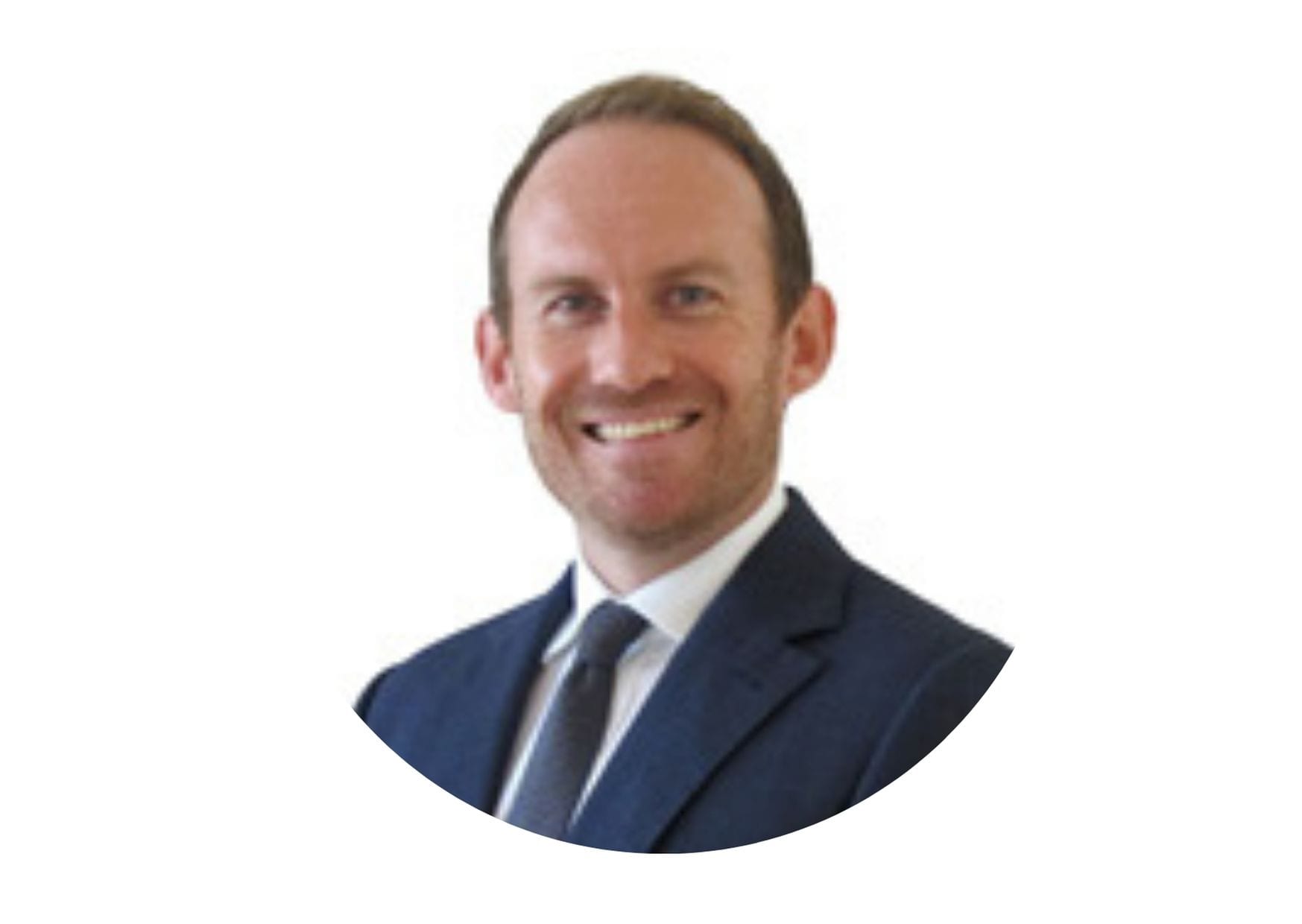 Ben leads the Strategic Risk Practice within Marsh Advisory where his team assists clients in measuring the impact of risk management efforts, optimising risk frameworks, analysing insurable risks and building organisational resilience. Ben also consults in the area of emerging risks including supply chain resilience, cyber, and geo-political risks. He has a Bachelor of Business, Master of Business Administration and Master of International Security. 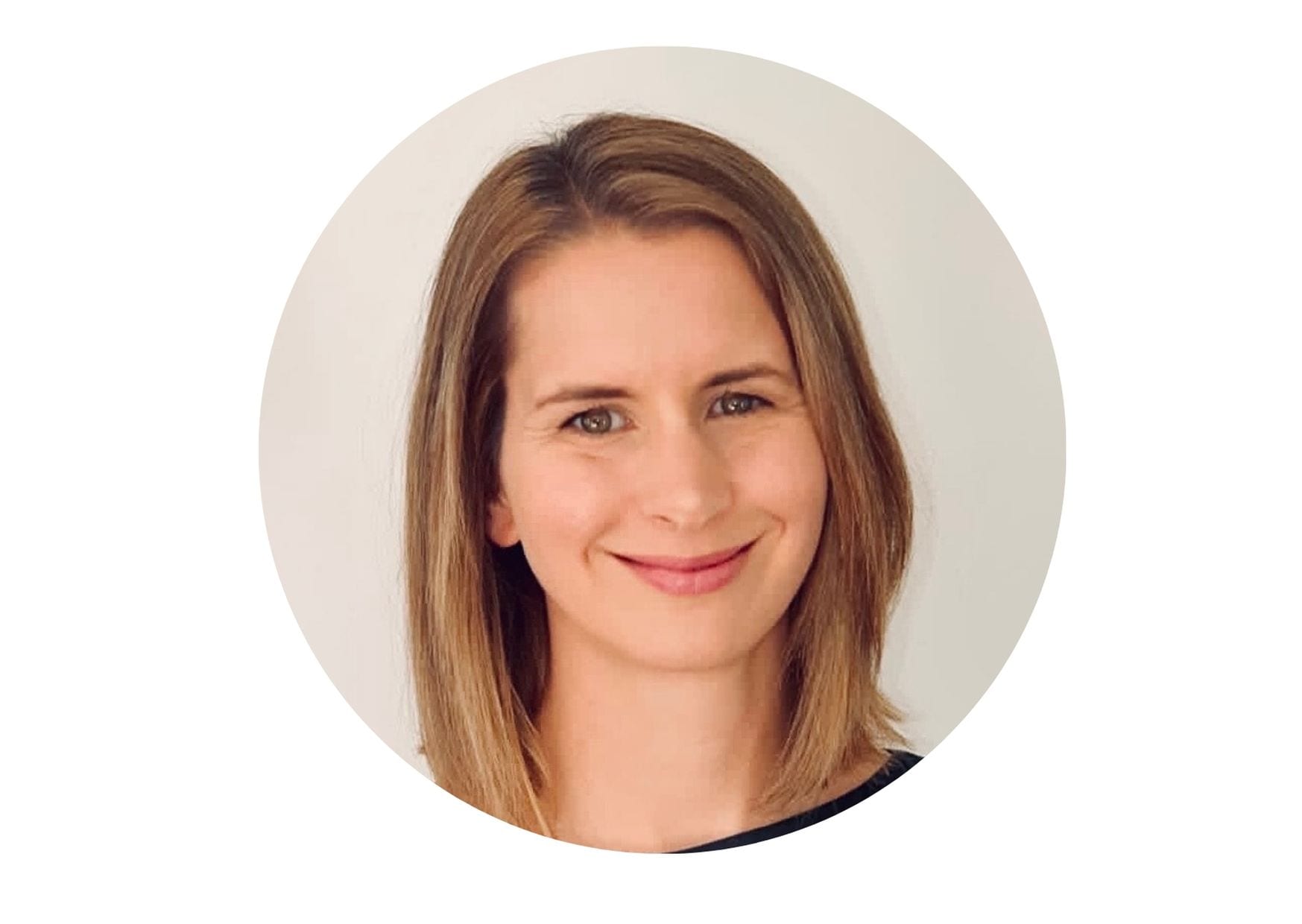 Rebecca Parton is a Strategic Account Manager at SAI Global and has worked with our EHS clients for over nine years, helping them to implement and improve their environment, health and safety platforms both in New Zealand and Australia. Rebecca has 15 years’ experience in the IT solution space with a background as an implementation consultant for SAI360 EHS/Operational Risk.